After Google, Microsoft Also Canceling One Major Update for Its Browser 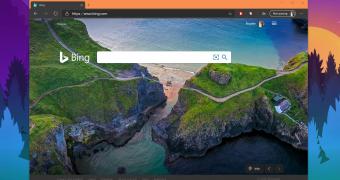 Microsoft has just announced that it’s aligning its browser development work with Google’s, so after the search giant decided to update the Chromium schedule and skip version 82 of its browser, the company’s doing the same thing with Microsoft Edge.

The new Chromium-based Edge will skip version 82 completely, Microsoft confirmed today. The next major release is Microsoft Edge 81 due in early April, while version 83 will land in mid-May.

The decision comes due to the coronavirus outbreak, which keeps many developers at home, and the release of new browser versions typically requires additional compatibility work to address any issue that might arise.

“In light of current global circumstances, the Microsoft Edge team is pausing updates to the Stable channel for Microsoft Edge. This means that Microsoft Edge 81 will not be promoted to Stable until we resume these updates,” Microsoft announced today.

“We are making this change to be consistent with the Chromium proje… (read more)
Remember to like our facebook and our twitter @WindowsMode for a chance to win a free Surface Pro tablet every month!