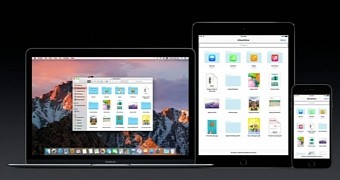 Apple’s opening keynote at WWDC 2016 on Monday witnessed the unveiling of several new features and apps, including one that’s called Universal Clipboard and aimed specifically at Mac and iPhone users.

As you could easily guess by simply reading its name, the Universal Clipboard is just that, a universal clipboard app that works on both Macs and iPhones and provides seamless synchronization between devices. In other words, you can copy anything, be it a link, text, or photo, and paste it on the iPhone and vice-versa starting with the upcoming macOS Sierra.

While this sounds incredibly helpful, it’s not the first time we hear about such an idea. If you’re a keen observer of the technology industry, you probably recall that Microsoft unveiled a similar project back in early 2015, when an application called OneCli… (read more)