Apple Could Launch Another Windows 10 App 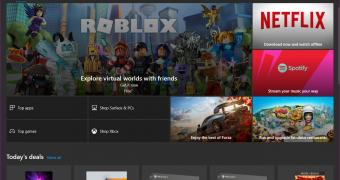 Apple could release another app for Windows 10, as the company may be planning to bring iCloud to the Microsoft Store.

Microsoft watcher WalkingCat found evidence that a Store version of iCloud is already in the works, albeit it’s obviously way too early to discuss other details like the release date.

However, bringing iCloud to the Microsoft Store isn’t something totally unexpected from Apple. The Cupertino-based giant released iTunes for Windows 10 last year, and by the looks of things, iCloud is next on the company’s agenda.

Also, such a port isn’t necessarily a difficult project for a company the size of Apple. Most likely, Cupertino would turn to the Centennial desktop bridge to port the Windows version of iCloud to the Microsoft Store, an approach that the company also used for iTunes.

The benefits of a UWP app