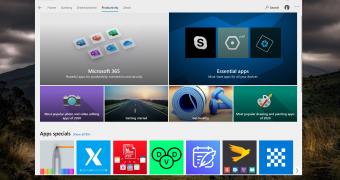 Services have become one big cash cow for Apple, and Apple Music is clearly one of the products the Cupertino-based tech giant thinks they have a bright future.

As a result, Apple Music is supposed to be made available to as many customers as possible, including on non-Apple platforms. And these include Windows 10 too, with the company now said to be working on a new application that would be released on Microsoft’s operating system.

More specifically, a report from 9to5Mac indicates Apple wants to bring Apple Music and Apple Podcasts to Windows 10 users are Microsoft Store apps, though, for the time being, very little is known.

The company hasn’t commented on this plan but this really isn’t a big surprise. Apple rarely talks about ongoing projects, so expect the company to only discuss the new Windows 10 apps when they are ready.