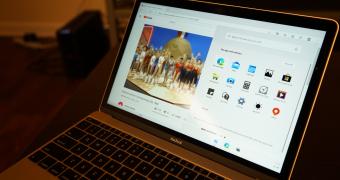 Windows 10X is a special Windows 10 version released by Microsoft that’s specifically supposed to power dual-screen and foldable devices, including the company’s very own Surface Neo.

The emulator that the company released this week, however, allows the world to experiment with Windows 10X on all kinds of devices, even if they are based on a more traditional form factor without modern features like a touchscreen.

This is the case of this MacBook now running Windows 10X without any noticeable glitch at first glance. Twitter user @imbushuo, who has a good track of installing Microsoft’s software on various devices (including Windows 10 ARM on the Lumia 950 XL) shared this photo today, along with a screenshot from the about screen of Windows 10 where the OS correctly indicates Apple as the manufacturer of the device.

Another picture published by <a href="https://twitter.com/NTAuthority/status/12274… (read more)
Remember to like our facebook and our twitter @WindowsMode for a chance to win a free Surface Pro tablet every month!