Backwards Compatibility For the Win: IE 2.0 Running Natively on Windows 10 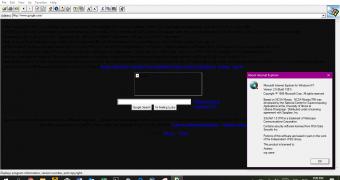 Internet Explorer might be a dead browser, but this doesn’t necessarily mean that it’s dead.

Microsoft is all about Microsoft Edge these days, with Internet Explorer still offered in Windows 10 for compatibility reasons. The company, however, recommends against using it as a daily browser, and instead directs users to Microsoft Edge (which will soon be overhauled with a Chromium-powered version).

Internet Explorer, however, keeps running smoothly on Windows 10, and I’m not talking only about the latest version.

In fact, an experiment conducted a reddit, and which I confirm it’s accurate, proves that Internet Explorer 2.0, a version that was released more than 24 years ago, still runs on Windows 10 natively without the need for any other tweaks.

While Microsoft has previously pr… (read more)
Remember to like our facebook and our twitter @WindowsMode for a chance to win a free Surface Pro tablet every month!