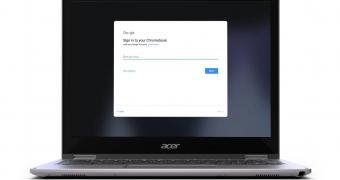 Security updates have become one of the decisive factors when customers worldwide start looking into new devices, and until now, Google’s Chromebooks have more or less lagged behind its rivals due to limited support timeframes.

But as part of its commitment to Chrome OS and Chromebooks, Google has recently decided to introduce a series of major changes, including 8 years of support for all new devices.

In other words, buy a new Chromebook today and you’ll continue to receive updates until 2028, as Google itself promises.

The new Lenovo 10e Chromebook Tablet and Acer Chromebook 712 are the first models to benefit from 8 years of updates, and more will probably follow in the coming weeks and months as Google wants to make Chrome OS a more powerful rival to Windows and macOS, especially in the education market.

“When we first launched Chromebooks, devices only received three years of automatic updates. Over the years, we’ve been able to increase that to over six. La… (read more)
Remember to like our facebook and our twitter @WindowsMode for a chance to win a free Surface Pro tablet every month!