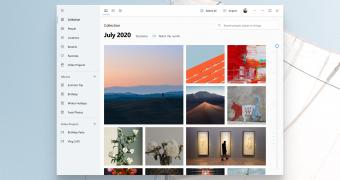 The Windows 10 Photos app replaces the original image viewer that was available in previous Windows versions and obviously comes with a series of improvements, including a fresh look that aligns with what you can find in the operating system.

But on the other hand, it’s also not a secret that many expect the Photos app to come with an even more modern design, especially as the software giant is so committed to the Fluent Design system makeover.

This concept published on Twitter by Zee-Al-Eid Ahmad Rana is just the living proof in this regard, and not only that it serves as confirmation users expect Microsoft to overhaul its apps, but it also proposes a way to do the whole thing.

The concept includes both a more modern design for the Photos app and a bunch of new features, as it’s the case of the so-called “Watch this month.” And certainly, suc… (read more)
Remember to like our facebook and our twitter @WindowsMode for a chance to win a free Surface Pro tablet every month!