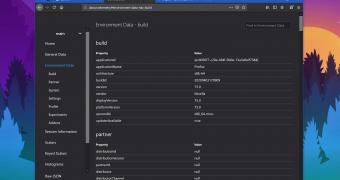 Mozilla Firefox has millions of fans around the world and is currently considered the only worthy alternative to Google Chrome and now Microsoft Edge.

Despite losing the second place in terms of market share to Microsoft’s new Chromium-based Edge browser, Firefox continues to be improved at the same impressive pace as before, with major new versions now happening every four weeks according to Mozilla’s updated release calendar.

Firefox 75, which is the most recent update for the stable channel, introduces a new scheduled task on Windows whose purpose is to collect data from users’ devices and send it to Mozilla.

Without a doubt, this is concerning for users who expect state-of-the-art privacy, but on the other hand, it’s worth knowing that Mozilla has pledged for full transparency on this.

The company explains that no personal information is collected, but only details about the current and previous default browser settings, operating system locale and version.