Cortana Was This Close to Launch as Microsoft Bingo 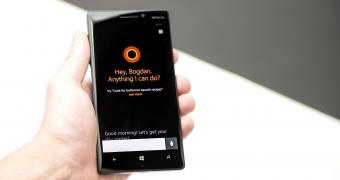 Cortana was at one point a very ambitious project, as it was supposed to represent the rival Apple’s Siri never got to fight with

But the death of Windows Phone and the poor adoption of Cortana on the desktop turned the digital assistant into a second-class citizen in modern Windows. So right now, few people still care about Cortana, especially as Microsoft’s focus seems to have switched to enterprises.

Speaking for Big Bets in a recent interview, Sandeep Paruchuri, one of the engineers who worked on Cortana, revealed some pretty interesting tidbits about the digital assistant and how the development process advanced behind the closed doors.

Paruchuri explained that the former CEO Steve Ballmer that different plans for Cortana, as he wanted to call it “Bingo” and also use the Microsoft brand. In other words, Cortana was supposed to be named Microsoft Bingo, and Ballmer believed this wo… (read more)
Remember to like our facebook and our twitter @WindowsMode for a chance to win a free Surface Pro tablet every month!