Did You Know: The Original Windows XP Ad Was Canceled Before Launch Due to 9/11 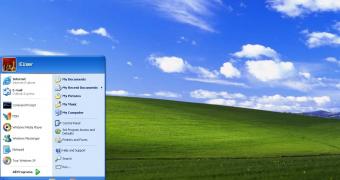 Windows XP was one of Microsoft’s most successful operating systems, there’s no doubt about it, and while the world’s now struggling to give up on Windows 7, it’s the 2001 version the one that that’s being remembered as the first “modern” Windows.

Launched on October 25, 2001, Windows XP was released to manufacturing on August 24, 2001, at which point Microsoft’s marketing staff started the critical task of preparing a massive campaign supposed to show the world what the new OS was all about.

The Windows XP marketing push also included a commercial showing flying people and featuring Madonna’s Ray of Light as the soundtrack, but Microsoft’s leadership team decided to pull it some two months before the launch of Windows XP.

The reason was as simple as it could be. Following the September 11 terrorist attacks, Microsoft believed that a commercial with flying people wouldn’t be the right way go, so it decided to create a new commercial with a different theme.