Do We Really Need a New Start Menu in Windows 10? 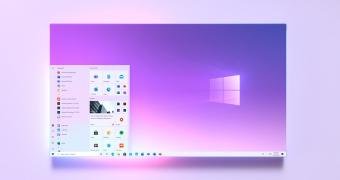 One of the most popular features in Windows 10 is without a doubt the Start menu, as it’s being used by so many users out there as the starting point for everything they do on their devices.

The Start menu itself has evolved a lot in Windows throughout the years, and now it’s believed Microsoft is once again working on an overhaul.

While the software giant itself has remained tight-lipped on this Start menu makeover, the company has occasionally teased the new design, and by the looks of things, only subtle improvements are actually prepared.

Many believe Microsoft should bring the Windows 10X Start menu to Windows 10 as well, but right now, the company doesn’t necessarily seem to be planning to do this. Instead, Microsoft wants to make the Start menu look more modern by adopting the new icon pack that has already launched on Windows 10, as well as small improvements for live tiles, eventually to achieve more seamless integration in the Start menu.

But do we real… (read more)
Remember to like our facebook and our twitter @WindowsMode for a chance to win a free Surface Pro tablet every month!