Do We Still Need a Start Menu in Windows 10? 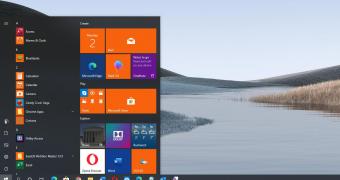 Back in 2012, Microsoft made a decision which not only that took everyone by surprise but also created so much frustration in the existing Windows userbase: it removed both the Start menu and the Start button from the desktop.

Windows 8 was the first modern operating system released by the software giant, and in addition to the Microsoft Store, it also embraced this change that many considered a huge mistake.

And while the Start menu itself was completely removed, the Start menu was replaced with a Start screen that expanded to the entire screen and which, at least at first glance, seemed more appropriate for touch-capable devices rather than for desktops. It was also the first time live tiles made their way from Windows phones to the desktop, and this controversial Start screen was the interface bringing them to life in Windows 8.

The lack of a Start button and Start menu was rather quickly resolved with the help of third-party software, such as Classic Shell, wh… (read more)