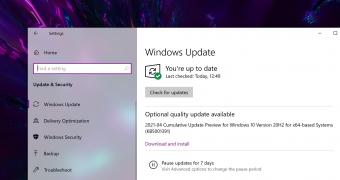 A recent driver that showed up on Windows Update caused headaches for AMD users, as it pushed devices into a BSOD loop making it impossible to boot.

A reddit user first reported the problem earlier this week, explaining that a new AMD driver that showed up on Windows Update was offered automatically to their device and was pending a system reboot to install.

But after the restart, the device could no longer boot and the process failed with a BSOD indicating no boot devices were available. After rebooting several times, the Windows recovery system kicked in and restored the device to a previous working version, therefore getting rid of the driver.

While there’s no information as to how many devices have been impacted, there is two good news about the whole thing.

First and foremost, it’s the aforement… (read more)
Remember to like our facebook and our twitter @WindowsMode for a chance to win a free Surface Pro tablet every month!