Failed Experiment: Microsoft to Kill Off Mobile Version of Cortana 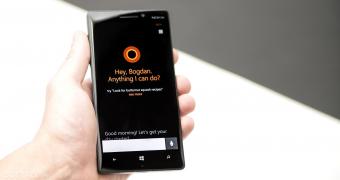 Microsoft has recently confirmed that its mobile Cortana app would be discontinued in January for specific markets, explaining that its new strategy going forward is integrating the digital assistant in Microsoft 365 productivity apps.

According to the software giant itself, both the Android and the iOS Cortana apps in the United Kingdom, Canada, and Australia would be retired in January, but it looks like other markets like Germany, Australia, Germany, and India would also see the digital assistant go.

Microsoft might be keeping around the Cortana app in the United States for a little bit longer, but there’s a good chance the assistant would be killed off in this market sooner or later as well.

“To make your personal digital assistant as helpful as possible, we’re integrating Cortana into your Microsoft 365 productivity apps. As part of this evolution, on January 31st, 2020, we’re ending support for the Cortana app on Android and iOS in your market,” Microsoft <a… (read more)