Floppy Disks Still Working Like a Charm on Windows 11 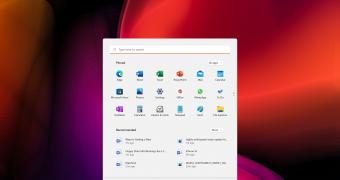 Windows 11 is here as a major upgrade to the modern Windows experience that was launched by Microsoft with so much fanfare in July 2015.

In other words, Windows 11 is a substantially evolved version of Windows 10, and probably the most obvious sign in this regard is the spec bump that has caused so much debate lately.

Windows 11 can’t be installed on all Windows 10 devices out there, as Microsoft has raised the system requirements, therefore making it impossible for some computers to run the OS.

In other words, you need new hardware to make the most of Windows 11, though in some cases, it looks like old hardware feels at home on the new OS as well.

As it turns out, the ancient floppy disk still works like a charm on Windows 11, as obviously, the legacy support for such hardware is still there in the OS.

A video published on YouTube by Jrcraft shows that 5.25” floppy disks are properly recognized by Windows 11, and therefore,… (read more)
Remember to like our facebook and our twitter @WindowsMode for a chance to win a free Surface Pro tablet every month!