Google Urges Everyone to Update Microsoft Teams on Android 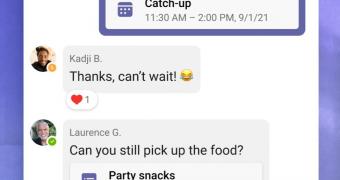 A compatibility problem that was discovered late last year and which impacted Microsoft Teams and Android caused some devices to no longer be able to dial emergency numbers, such as 911.

The issue was obviously treated with maximum urgency by Microsoft and Google, so the Redmond-based software giant came up with a software update shortly after the glitch was acknowledged.

Needless to say, the software update was published on the Google Play Store, but on the other hand, not everybody installed it. And this is quite a worrying problem, as sticking with the old version of Microsoft Teams could block emergency calling on some devices.

Google has therefore decided to start emailing users whose devices are still running an old version of Microsoft Teams (and which most likely have automatic updates set to off because otherwise, they would already be on the latest version of the app in the first place).