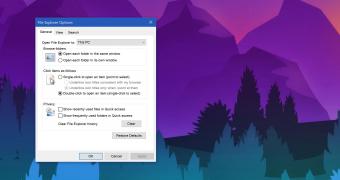 Diagnosing a bug in Windows 10 is very often a process that requires more than one attempt, especially when we don’t know exactly what’s causing the problems.

This is exactly my experience with a recent Windows 10 issue, which caused the operating system to freeze every time an application tried to launch the Open or Save as dialog.

More specifically, the issue happened with browsers, which I used for work either to upload or to save files on my device. More often than not, invoking the Open or the Save as dialog resulted in Windows 10 freezing, and the only way to recover was to kill off the explorer.exe process.

However, this “workaround” didn’t necessarily manage to fix things every time, as occasionally the Task Manager, which I used to end the explorer process, stopped responding and eventually forced me to reboot the device and recover to a fully working desktop.

It goes without saying this wasn’t the most convenient workaround because it interrupt… (read more)
Remember to like our facebook and our twitter @WindowsMode for a chance to win a free Surface Pro tablet every month!