How Ironic: Unpatched Windows 7 Systems Could Cause 2018 iPhone Launch Delay 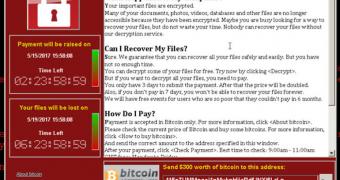 Apple’s supplier TSMC has recently been hit by malware, with the infection hitting critical systems in its production facilities.

As the exclusive supplier of iPhone A-series chips, TSMC was forced to suspend the manufacturing process at its facilities, as engineers were struggling to remove the malware and return to normal operations.

And as it turns out, the malware that caused the outage was WannaCry, a form of ransomware that was discovered in May 2017 and which has already been blocked with both Windows updates and virus definitions.

In other words, a fully patched system should by no means be vulnerable to WannaCry, regardless of the Windows version powering it – Microsoft has released emergency updates against this ransomware even for Windows XP, despite this OS version already being unsupported.