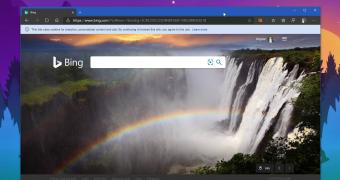 Microsoft Edge moving to the Chromium engine seems to be the winning card for Microsoft, as the adoption of the new browser keeps improving on a daily basis.

So while Edge could only dream about competing against Mozilla Firefox one year ago, the new based on Chromium made the whole thing possible.

Data offered by NetMarketShare for the month of March shows that Microsoft Edge is now the second most-used desktop browser worldwide, becoming the runner-up in this race after leader Google Chrome. Mozilla Firefox is now third, and the gap between the two is likely to increase even further in the coming months.

While at this point it’s hard to tell how many people made the switch from Firefox to Edge because the market share isn’t an accurate indicator in this regard, there’s no doubt that some migrated to Microsoft’s new b… (read more)
Remember to like our facebook and our twitter @WindowsMode for a chance to win a free Surface Pro tablet every month!