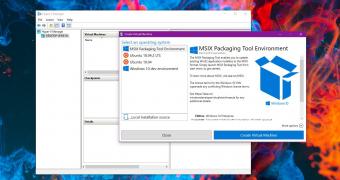 The “new” Microsoft no longer considers Linux a fierce rival that it should ignore, but a partner that could help its Windows 10 push move forward.

And as part of this approach of turning Linux from foe to friend, Microsoft allows users to run Linux on top of Windows 10 using the already-famous Windows Subsystem for Linux.

While the WSL itself has evolved substantially in the last year, so did other Windows 10 features, including the Hyper-V Manager.

So beginning this week, it’s actually possible to create an Ubuntu virtual machine using Hyper-V, and it all takes just a few minutes.

First of all, an Ubuntu virtual machine allows you to run Linux on Windows 10 without having to leave the operating system. And as per German site WU, the way you can create an Ubuntu VM is so straightforward that it doesn’t even make sense to turn to third-party software… (read more)