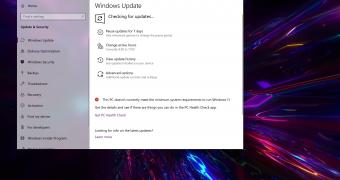 Microsoft started the rollout of the Windows 10 November 2021 Update, and just like before, the company isn’t making the new version available for all users at once.

Instead, the software giant sticks with a phased rollout, which means that computers across the world are getting the update in stages.

This release model allows Microsoft to spot bugs in their early hours and then block the update from reaching other similar configuration, therefore reducing the impact of a potential glitch in the update.

The easiest way to download the newly-released update is to just head over to Windows Update for an automatic download and installation.

However, this method is only valid if the update is already available on your device.

“The November 2021 Update is available initially to users with select devices running Windows 10, version 2004 or later who are interested in the latest features and are ready to install thi… (read more)
Remember to like our facebook and our twitter @WindowsMode for a chance to win a free Surface Pro tablet every month!