How to Enable Microsoft’s Own Scrolling Animation in Google Chrome 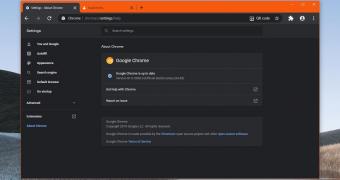 Microsoft is now one of the largest contributors to the Chromium engine after rebuilding its own Edge browser to this platform, so it makes sense for the company to bring the best it has to offer to this new world.

In other words, some of the features that Microsoft developed for the original version of Edge are now in development for all Chromium-based browsers to use, including Google Chrome itself.

And living proof is a new scrolling feature that made its debut in EdgeHTML a long time ago and which Microsoft and Google just brought to the latest Chrome Canary version via an experimental flag.

It’s called impulse-style scroll animation and it’s supposed to make scrolling overall feel more natural in the browser. Despite being created by Microsoft, it would make its way to all platforms where Google Chrome is offered, including Windows, Linux, Mac, and Chrome OS. The Android version of Google Chrome is projected to receive the same update too.

First and foremost… (read more)
Remember to like our facebook and our twitter @WindowsMode for a chance to win a free Surface Pro tablet every month!