How to Enable the Modern File Explorer in Windows 10 19H1 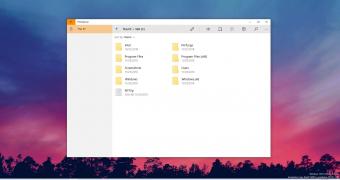 File Explorer has been around for too many years with the current interface, as the application has barely received any major facelifts despite the introduction of new Windows 10 versions.

Aside from being renamed from Windows Explorer to File Explorer, the built-in Windows file manager looks and feels the same as it did in Windows XP, and this is both good and bad overall.

First and foremost, retaining the familiar look of the file manager comes in handy to those who aren’t necessarily interested in looks, as the application still serves its purpose very well despite lacking more advanced functionality.

On the other hand, not getting major facelifts, aside from the new dark theme that’s part of the Window 10 October 2018 Update and whose appearance is rather controversial, means tech-savvy users could consider the file manager outdated and switch to third-party alternatives.

Because File Explorer needs an overhaul in all regards, Microsoft is working on one, and… (read more)