How to Enable Windows 10 Notifications in Google Chrome Right Now 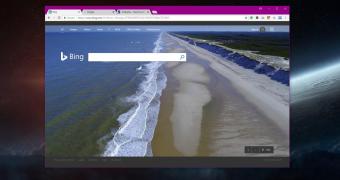 Google Chrome is without a doubt the world’s number one desktop browser, and third-party statistics show just how popular it is this these days. More than 60 percent of the world’s computers run Google Chrome, while all its rivals, including here Mozilla Firefox and Microsoft Edge, are far behind.

But while Google Chrome runs smoothly on the latest Windows versions, Google has never been a big supporter of Windows 10, and the search giant has until now refused to join Microsoft’s push for modern apps.

For example, Google has shown no interest in porting Google Chrome to the Microsoft Store, keeping the browser a Win32 program exclusively. Apps like Gmail, Google Maps, and others never made their way to Windows 10 Mobile, despite being among the most popular apps on Android and iOS.

But as Windows 10 becomes more widely used on the desktop, Google has no other option than to update Chrome browser to support its features. And the first such update brings support for… (read more)