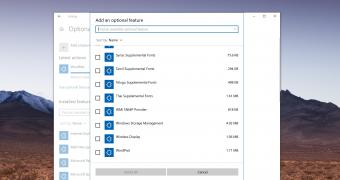 Microsoft rolled out new Windows 10 cumulative updates earlier this week as part of the July 2020 patching cycle, and unfortunately, here we are talking about new issues that are experienced by users after installing them.

What’s more concerning is that the problems appear to happen on Windows 10 version 2004, or May 2020 Update, which is actually the most recent feature update released for the operating system.

The culprit appears to be cumulative update KB4565503, which increases the OS build number to 19041.388 and brings important security improvements to Windows 10 devices.

According to user reports, KB4565503 removes some Windows 10 apps after it’s installed, although we must mention from the very beginning that this isn’t happening on all devices.

For example, I installed this update on my laptop already running Windows 10 version 20… (read more)
Remember to like our facebook and our twitter @WindowsMode for a chance to win a free Surface Pro tablet every month!