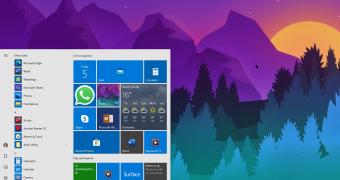 Windows 10 May 2020 Update is finally here, and it goes without saying that so many rush to install it in order to see what Microsoft has been working on for so long.

And this isn’t necessarily surprising, as the May update lands after the November 2019 Update, or version 1909, which was often described as “a little more than a service pack” because it brought few new features and was mostly focused on under-the-hood improvements.

So the May 2020 Update is here, though only for some users (Microsoft is offering it as a manual download via Windows Update for those who run Windows 10 version 1903 and 1909 – this means you need to manually check for updates to be offered the update if your device is eligible).

But out of those who rush to install the update, some find out the May 2020 Update isn’t running as smoothly as they expected it to run, and because it’ll take time for Microsoft to resolve everything, they want to go back to the previous version of the operati… (read more)
Remember to like our facebook and our twitter @WindowsMode for a chance to win a free Surface Pro tablet every month!