How to Rename Virtual Desktops in Windows 10 20H1 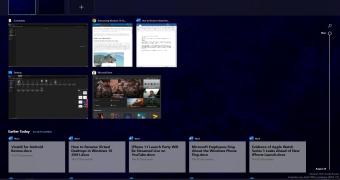 While Windows 10 19H2 is just around the corner, Windows 10 20H1 is the feature update that so many people are very eager to get their hands on, especially because of the improvements that Microsoft is planning for this release.

By the looks of things, Windows 10 19H2 will end up being just a modest update, with the focus not necessarily on new features, but on under-the-hood refinements that will improve things like the Windows Update service with a new model.

This makes the next-next feature update, which is currently codenamed Windows 10 20H1, a much more exciting release for consumers, and builds released as part of the Windows Insider program confirm there’s a lot we’ll get in this version.

In addition to other major improvements coming to users next year, Windows 10 20H1 will also include the ability to rename virtual desktops.

As one of the most requested Windows 10 features, renaming the virtual desktops makes working with this particular OS-integrated to… (read more)