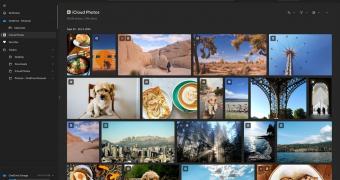 Announced earlier this year, the iCloud Photos integration in Windows 11 is now rolling out to users thanks to the latest update for the Photos app.

There was a time when Apple and Microsoft were considered fierce rivals whose software couldn’t live together on the same platform.

Times have changed though, and right now, we have Microsoft Edge on macOS and iTunes in the Microsoft Store, with users of both companies, therefore, getting access to each other’s software on both platforms.

Starting today, Windows 11 users are also getting access to iCloud Photos right from their devices, so it’s becoming even easier to live as an Apple user on Windows.

Here’s what you need to know.

The new feature obviously offers easy access to content stored in iCloud right from the Photos app, which means that all images will now live together on a Windows 11 device under the same roof.