Is This the Reason Microsoft Delays Tabs in Windows 10? 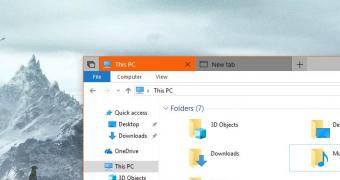 Microsoft recently announced that Sets, the feature that brings tabs all across Windows 10, would not launch with the next OS update, though the company claimed it’d return at some point in the future for another round of testing.

Little has been said about the reasons behind this decision and the announcement has disappointed many, especially because Sets was already part of preview builds of Windows 10 Redstone 5 and, at first glance, it looked like everything was running smoothly.

But this only happened at first glance, as a closer look at the changes brought by Sets reveals that the feature actually caused several app compatibility problems that eventually broke down certain functionality in third-party apps.

A report from <a href="https://mspoweruser.com/insiders-your-reddit-apps-are-working-again-and-its-probably-becaus… (read more)