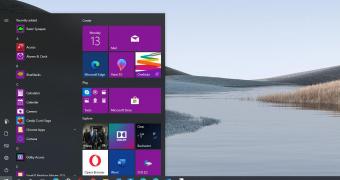 Windows 10 users, here we go again. Microsoft will release the first batch of cumulative updates for Windows 10 tomorrow as part of the January 2020 Patch Tuesday rollout.

As it happens every month, Microsoft uses Patch Tuesday to resolve vulnerabilities in its software, including Windows 10. Devices that are already running this operating system version are being provided with cumulative updates that include both security and non-security fixes.

All Windows 10 versions will get cumulative updates tomorrow, including the November 2019 Update (version 1909). Released in late 2019, Windows 10 November 2019 Update is still being pushed to devices as part of Microsoft’s typical rollout in stages. Users can manually install it from Windows Update by launching an on-demand update check or with the dedicated ISO images published by Microsoft.

However, worth knowing is that consumer versions of Windows 10 (Home and Pro) only receive cumulative updates if they run version … (read more)
Remember to like our facebook and our twitter @WindowsMode for a chance to win a free Surface Pro tablet every month!