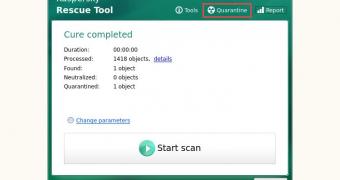 The update, which landed on Windows 10 as KB4524244, was supposed to resolve a security vulnerability that was discovered in Kaspersky Rescue Disk and which was publicly disclosed back in April 2019. While Kaspersky itself resolved it in August, Microsoft implemented additional patches to protect users running older versions of the software.

The security vendor says its software is not at fault for the issu… (read more)
Remember to like our facebook and our twitter @WindowsMode for a chance to win a free Surface Pro tablet every month!