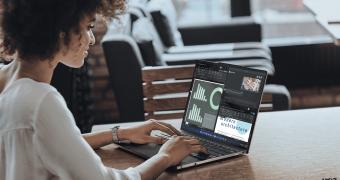 Lenovo joined this year’s CES with plenty of announcements, and one of the most exciting concerns the debut of the new ThinkPad Z models.

The two devices, which will hit the shelves as the 2022 ThinkPad Z13 and ThinkPad Z16, are powered by AMD Ryzen processors, and Lenovo says it specifically collaborated with AMD to make the whole thing possible.

More specifically, power on the Z13 will come from a PRO U-series processor, while an exclusive AMD Ryzen PRO 6860Z chip is available as optional. The Z16, on the other hand, is fitted with the PRO H-series processor.

The hardware specifics are pretty solid. Both laptops can be equipped with up to 32GB of LPDDR5 memory, with the Z13 also available with up to 1TB of SSD storage. The Z6 gets twice more in terms of storage, and it also sports an optional AMD Radeon RX 6500M discrete GPU.

Both devices come with an army of connectivity options, including USB-C, a 3.5mm audio port, Bluetooth 5.2, Wi-Fi, LTE, and an SD card re… (read more)
Remember to like our facebook and our twitter @WindowsMode for a chance to win a free Surface Pro tablet every month!