Met Police Still Running Windows XP as Upgrade to Windows 8.1 Not Yet Complete 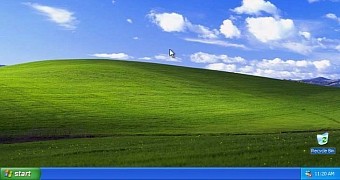 ​Windows XP no longer receives support since April 2014, but the world is giving up on this old operating system at a painfully slow pace, and the Met Police knows it best.

A new report reveals that the Metropolitan Police Service (MPS) is still running Windows XP on some 19,5000 computers, as the upgrade to Windows 8.1 is not yet complete across the entire organization.

And yes, you’ve read it right, the Met Police is only upgrading to Windows 8.1 and not to Windows 10, as you’d normally expect, with approximately 15,500 systems already upgraded to the operating system launched in 2013.

But while you might be tempted to believe that the Met Police running Windows XP on so many systems is bad news, it’s not, because this is actually an improvement from 27,000 computers that were powered by the 15-year-old operating system last August, according to V3.