Microsoft Announces the End of Wunderlist 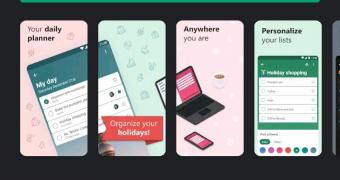 Microsoft will discontinue the official Wunderlist apps on May 6, 2020, with the company focusing exclusively on Microsoft To Do going forward.

The majority of features in Wunderlist have already been migrated to Microsoft To Do, and the software giant reminds in an announcement that retiring the original app was the plan from the very beginning.

“When we first announced Microsoft To Do, we also announced that Wunderlist would eventually retire. We planned this so we could concentrate on building a more integrated and secure app that helps you get stuff done in a smarter way,” the Wunderlist team explained.

Wunderlist apps will continue to work normally until May 6, so users can still access their data, export or transfer it to Microsoft To Do.

But on the other hand, when the May 6 milestone is reached, the synchronization feature will stop worki… (read more)
Remember to like our facebook and our twitter @WindowsMode for a chance to win a free Surface Pro tablet every month!