Microsoft at a Crossroads Over Windows 10 App Store 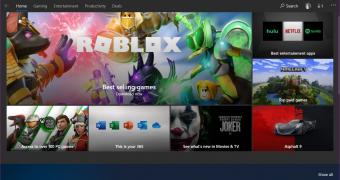 Microsoft’s Store in Windows 10 has never become the hit the company hoped it would be, so major changes are reportedly planned on this front.

While the future of the consumer version of the Microsoft Store is uncertain as well, it looks like this one would continue to stick around for a little longer, albeit it’s pretty clear that sooner or later Microsoft will reconsider its plans here as well.