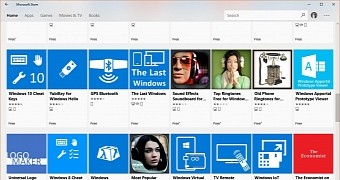 Despite improving substantially in the last couple of years, the Microsoft Store still has an app problem, as many large companies, such as Google, still aren’t interested in developing Windows 10 UWP apps.

As a result, you would expect Microsoft to make serious efforts to keep the existing developer base satisfied and encourage them to create new apps, but in the meantime, the company appears to be doing the opposite.

This weekend, for instance, the software giant has started asking developers whose apps use the term “Windows” in their names to rename or remove the apps from the Microsoft Store. Otherwise, the company would ban it itself.

The odd thing is that Microsoft reportedly sent the emails on Saturday and offered developers only a single day to take action, which means that this week, apps that haven’t removed the word “Windows” from their names could be pull… (read more)