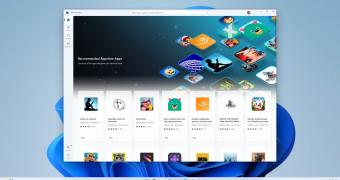 The support for running Android apps on Windows 11 is one of the biggest new features in the operating system. And with the release of the recently announced Windows 11 2022 Update marked the expansion of this innovation to more regions.

Microsoft says that in addition to the United States and Japan, the two regions where the feature was already available as a preview, users in Italy, Isle of Man, France, Germany, Belgium, Andorra, and Vatican City can all run Android apps on the desktop.

The full list of countries where Android apps are available on the Windows 11 desktop can be found <a href="https://support.microsoft.com/en-us/windows/countries-and-regions-th… (read more)
Remember to like our facebook and our twitter @WindowsMode for a chance to win a free Surface Pro tablet every month!