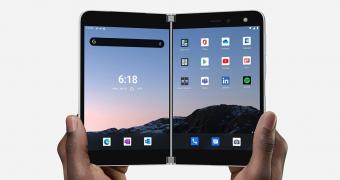 Microsoft originally promised to launch the Android 11 update for the Surface Duo back in 2021, but obviously, this didn’t happen.

The Surface Duo, which was sold with a high-end price tag, is still on Android 10 at a time when more and more Android devices out there are getting the update to Android 12.

Microsoft’s original promise was as simple as it could be:

“We remain committed to providing updates to Surface Duo, and we’re working to bring Android 11 to existing customers before the end of this year.”

Not a long time ago, however, people familiar with the matter explained the delay was caused by the validation procedure that Android updates must pass before the rollout begins.

More specifically, the update didn’t arrive on time because it took more than expected to pass the validation, as Microsoft completed the work on its side in December. Google, on the other hand, pushed back the certification because of the holiday season, so in theory, the Android 11… (read more)
Remember to like our facebook and our twitter @WindowsMode for a chance to win a free Surface Pro tablet every month!