Microsoft Could Give Up on the Rounded UI After All 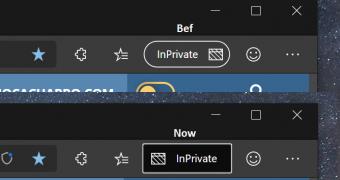 Not a long time ago, it was rumored that Microsoft wanted to move from the sharp corners in Windows 10 and its apps to a rounded approach, a new design idea which users out there received with mixed reactions.

While some liked the departure from the Metro-based user interface, others criticized Microsoft for going for a design that reminds too much of Apple’s macOS.

Microsoft itself appears to be experimenting with several ideas, and more recently, it made some subtle changes in the preview versions of the Chromium-based Microsoft Edge browser that replaces the rounded corners with ones that are not so… rounded.