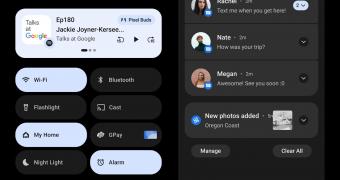 Despite coming with pretty hefty price tags, both the Surface Duo and the Surface Duo 2 are still running old versions of Android, as Microsoft has apparently failed to deliver the software updates that everybody expected on such a premium device.

The Surface Duo, for instance, was originally projected to get the Android 11 update in 2021, but obviously, this didn’t happen. As a result, the device is still running Android 10 at a time when the rollout of Android 12 is already underway for so many devices out there.

Then, the Surface Duo 2 is currently on Android 11, the operating system that was pre-loaded out of the box. Again, Microsoft is believed to be working on the Android 12 update already, but on the other hand, nobody knows precisely when it could finally get the go-ahead.

But as it turns out, Microsoft might actually skip the release of Android 11 and Android 12 altogether, as the company is <a href="https://www.wind… (read more)
Remember to like our facebook and our twitter @WindowsMode for a chance to win a free Surface Pro tablet every month!