Microsoft Could Release Another Windows 10 "Service Pack" in 2020 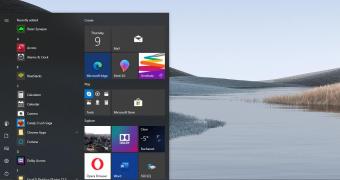 Microsoft has already finalized Windows 10 20H1, officially known as version 2004, and the company is now focusing entirely on last-minute polishing and bug fixes before the public release scheduled for the spring.

At the same time, Microsoft should begin the work on the next feature update for Windows 10, codenamed 20H2 and due in the fall of this year.

But as it turns out, there may not be too much to test in Windows 10 20H2, simply because Microsoft wants this feature update to focus mostly on under-the-hood refinements, rather than on new features.

If this sounds familiar, it’s because this is exactly the concept Windows 10 19H2 (November 2019 Update) was based on, with many describing it as a service pack, rather than a genuine feature update for the operating system.

In other words, there’s … (read more)
Remember to like our facebook and our twitter @WindowsMode for a chance to win a free Surface Pro tablet every month!