Microsoft Details the Role of Autopatch, Patch Tuesday Will Just Live On 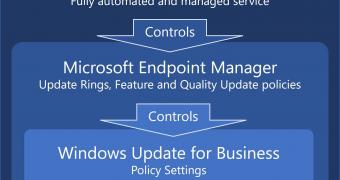 Microsoft announced Autopatch earlier this year, and many people out there believed the company was preparing for the end of Patch Tuesday.

At some level, this wasn’t necessarily surprising, especially because the wording used by a company executive suggested this could indeed be the case.

“For organizations who select this option, the second Tuesday of every month will be ‘just another Tuesday,’” the announcement read, therefore suggesting that the old concept of Patch Tuesday is going away.

The software giant has already clarified Patch Tuesday and Autopatch are two separate things, and in a graph published this week, the company’s Jeremy Chapman provides more information on how exactly Autopatch is supposed to work.

As per Neowin, Microsoft already offered additional info… (read more)
Remember to like our facebook and our twitter @WindowsMode for a chance to win a free Surface Pro tablet every month!