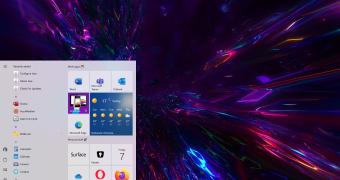 Microsoft is getting ready to ship a new batch of cumulative updates for Windows 10 devices as part of the May 2021 Patch Tuesday rollout.

As it happens every month, all Windows 10 versions will get new updates, though worth knowing is that some older releases are only services as part of the LTSC or for Education and Enterprise SKUs.

Given the new cumulative updates will land as part of the Patch Tuesday rollout, they will be primarily aimed at fixing security bugs and vulnerabilities in Windows 10 and the built-in components. But on the other hand, expect these updates to also include various other non-security bug fixes to improve the general experience on Windows 10.

At the same time, this new Patch Tuesday rollout takes place only a few days before Microsoft is expected to ship the new Windows 10 version 21H1.

As a result, insiders already running the final version of Windows 10 version 21H1 s… (read more)
Remember to like our facebook and our twitter @WindowsMode for a chance to win a free Surface Pro tablet every month!