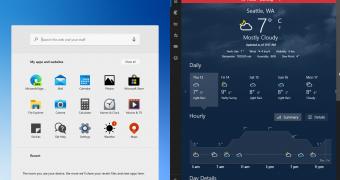 Despite still a work in progress, Windows 10X has already proved to be quite a hit in the Windows power user community, as many used the available emulator images to give a try to Microsoft’s new dual-screen and foldable device operating system.

With Windows 10X, Microsoft tries to invent a new product category in the Windows ecosystem, technically providing hardware partners with the necessary operating system to bring this new form factor to the market.

Microsoft itself is spearheading the dual-screen device push with the Surface Neo, and while it looks like the device won’t be here earlier than 2021, the OS itself could see daylight on single-screen computers.

Most people liked the modern UI of Windows 10X, as it comes with improvements exactly in those areas that many users called for Microsoft to refresh, including the Start menu and the Action Center.

Since Windows 10X was first announced, more and more feedback required Microsoft to bring some of these fea… (read more)
Remember to like our facebook and our twitter @WindowsMode for a chance to win a free Surface Pro tablet every month!