Microsoft Is Bringing Website Recommendations to the Windows 11 Start Menu 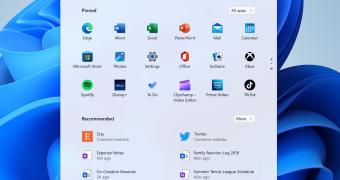 Windows 11 launched with a modern Start experience, and without a doubt, many of those who upgraded from Windows 10 or Windows 7 found the new operating system rather unfamiliar.

Basically, the new desktop moved everything to the center of the screen, with the taskbar icons no longer aligned to the left.

The Start menu itself also went through a major transformation. The live tiles were dropped, and the overall design was based on the one in Windows 10X, an operating system that has since been abandoned, with only the Start menu design surviving in Windows 11.

Since the debut of Windows 11, the Start menu has been receiving more polishing, especially as Microsoft developed new features to improve its main purpose.

The most recent Windows 11 preview build, however, comes with something totally controversial: recommended websites right in the Start menu.

In other words, when you click the Start menu, Windows 11 now also displays recommended websites, obviously in … (read more)