Microsoft Isn’t Giving Up on the Surface Duo 2 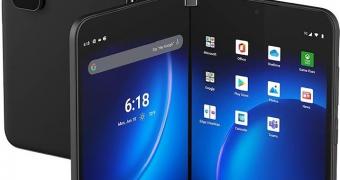 Microsoft has become one of the important players in the Android device market, as the company’s Surface Duo is now a model that’s pushing the innovation level a step further.

However, while the Redmond-based company has insisted on the long-term strategy for its Android hardware efforts, everybody was surprised to see the Surface Duo 2 no longer available at Microsoft.com and other stores, such as Best Buy.

In other words, the Surface Duo 2 could no longer be purchased, and many believed this was the end of the device.

Of course, this would make some sense given a new Surface Duo generation is already in the works, but according to people familiar with the matter, this model shouldn’t go live until 2023. This made many believe that Microsoft is already giving up on the Surface Duo 2.

However, the company explains in a statement for <a href="https://www.windowscentral.com/hardware/laptops/microsoft-surface-duo-2-is… (read more)
Remember to like our facebook and our twitter @WindowsMode for a chance to win a free Surface Pro tablet every month!