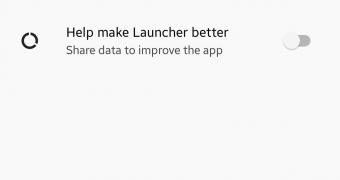 Microsoft has released the very first public preview of a new Microsoft Launcher version that brings quite a dramatic overhaul, but also an early look at some of the goodies coming to users with the Surface Duo.

Surface Duo is Microsoft’s upcoming Android phone that is due in the holiday of 2020.

With this update, Microsoft Launcher reaches version 6.0, and one of the things worth highlighting is that it includes the experience that will be offered later this year on the Surface Duo.

So if you decide to install the new Launcher, you’ll technically get a taste of what’s to come on the Duo, albeit Microsoft warns from the very beginning that not all features are finalized at this point.

“This version of Microsoft Launcher has been rebuilt on a new codebase to make new features possible – such as Dark Mode, Landscape Mode, and numerous performance improvements (speed to load, low memory utilization, battery optimization and fluent ani… (read more)
Remember to like our facebook and our twitter @WindowsMode for a chance to win a free Surface Pro tablet every month!