Microsoft Launcher Feels Like Home on Android 10 with Native Gestures 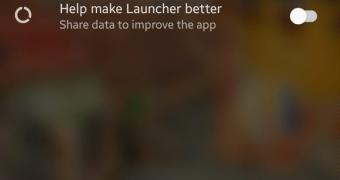 The last few updates for Microsoft Launcher didn’t bring any significant improvements, but focused mostly on refining the experience overall.

Or, at least, this is what Microsoft revealed in the changelogs that were published with every release. And now it turns out that Microsoft Launcher also received a silent update that fully prepares it for the Android 10 experience.

This feature appears to be part of the version 5.11 update, which was published earlier this week and according to Microsoft only brought consistency touches to the folder and app drawer, an… (read more)
Remember to like our facebook and our twitter @WindowsMode for a chance to win a free Surface Pro tablet every month!