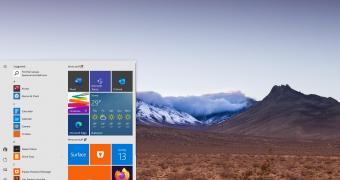 Microsoft has released a new Windows 10 preview build to users enrolled in the Dev channel of the Windows Insider program.

Windows 10 build 20215 doesn’t come with any new features, but it includes plenty of fixes and updates for developers.

“The Windows SDK is now flighting continuously with the Dev Channel. Whenever a new OS build is flighted to the Dev Channel, the corresponding SDK will also be flighted. You can always install the latest Insider SDK from aka.ms/InsiderSDK. SDK flights will be archived in Flight Hub along with OS flights,” Microsoft explains in the release notes of this build.

As for the fixes, this build resolves the Windows Security app handing on some devices, while also including improvements for restore points.

“We fixed an issue where using a restore point that had been created prior to a Microsoft Edge update to do a system restore could result in Microsoft Edge not launching after the restore was finished,” the company explains.